In 2011, the Mandeville family received the devastating news that their son, Evan, had Diffuse Intrinsic Pontine Glioma (DIPG), a rare and fatal pediatric brain tumor. One year later, 11-year-old Evan lost his battle to DIPG. The Mandeville’s wanted to do something to make sense of it all and to raise money for clinical trials that could change the outcome for other kids, so each year the family and friends bike the 163-mile Pan-Mass Challenge in Massachusetts as Team Evan’s Crew.

Evan’s entire family, his mom, dad, aunts, uncles, grandparents, cousins, and friends, worked together to tackle this challenging bike ride and raise funds for the Evan T. Mandeville DIPG Research Fund at Dana-Farber Cancer Institute. Participating in the Pan-Mass Challenge meant Team Evan’s Crew had to raise thousands of dollars per rider. Evan’s aunt, Andree Brochu, helps organize the team of riders and fundraising efforts each year. Andree and her husband are both teachers, so they don’t have access to corporate sponsorships, so she started looking for alternative ways to raise the funds they needed, which is how she discovered FUNDrive®.

The first FUNDrive® they held was a challenge, in the middle of a Massachusetts winter, but as the years and FUNDrives® went by, they learned and built on their past success. Now Team Evan’s Crew hosts at least one FUNDrive® a year, from April to June for the Evan T. Mandeville DIPG Research Fund at Dana-Farber Cancer Institute. True to the spirit of their family, everyone pitches in. Andree spreads the word about their FUNDrive® on Facebook, while her 23-year-old daughter, Margaret, takes care of Instagram. Evan’s grandparents, who live in a 55 and older community, put flyers up in the community mailroom to promote the FUNDrive®.

Once it is time to collect, it is all hands-on deck for the family and friends again. Evan’s parents, aunts and uncles’, and grandparent’s and other Evan’s Crew riders' homes all serve as donation drop off points. Andree also takes her husband’s truck to the school she works at every Monday during their FUNDrive® so other teachers can bring in their donations, and simply load them up into the truck. Once all the items are collected, everything is transported to Andree’s house so the family can deliver all their donations on their scheduled delivery day.

Team Evan’s Crew has done 12 FUNDrives since 2013 and raised over $15,000 to support the Evan T. Mandeville Research Fund at Dana-Farber Cancer Institute. Now their community anticipates their FUNDrive® and holds onto donations for the family. They have so much support that they occasionally do a supplemental winter FUNDrive® to hold everyone over until their big spring event.

The Pan Mass Challenge ride itself has looked different since COVID, but this inspiring family hasn't let that slow them down. In 2020, they participated in the Pan Mass Challenge Reimagined Ride, an event that let riders pick their routes while still raising money for the Dana-Farber Cancer Institute. The Mandeville family decided to do two days of 80-mile bike rides from their home in Rhode Island. They had pit stops to rest and fuel up at family and friends’ houses along the way, and his grandparents were on deck via cell phone for any biking emergencies. They plan to do another Reimagined Ride this summer and are hard at work raising the funds they committed too.

Learn more about how FUNDrive® can help your walk-a-thon or ride-a-thon team meet their fundraising goals this year!

Host a FUNDrive® to raise funds for your school sports team Written By: FUNDrive Team September 08, 2021 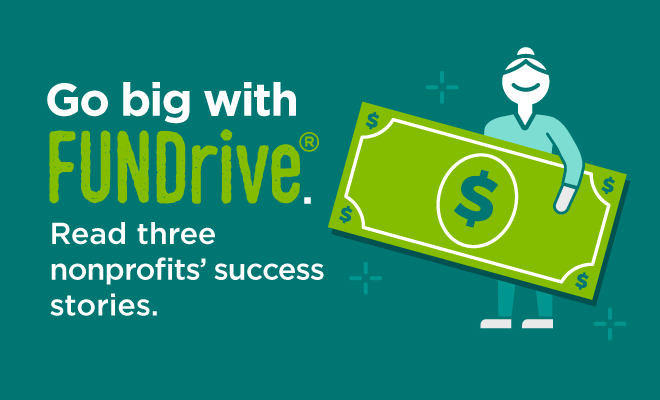 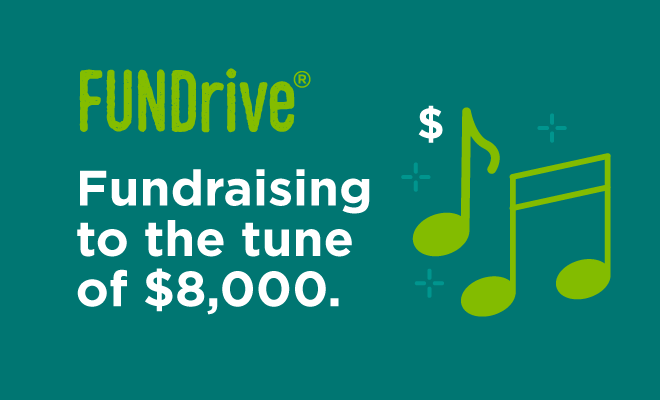